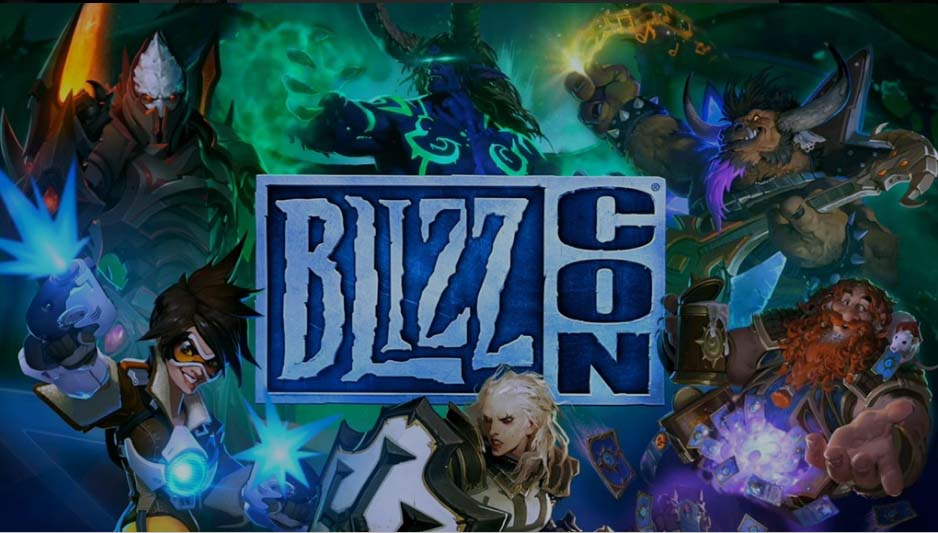 BlizzCon – Blizzard annual festival dedicated to the main games of this company: World of Warcraft, StarCraft, Diablo, Heroes oh the Storm and, of course, Hearthstone. It was first held in 2005 in Los Angeles, and since been held every year (except 2006 and 2012) in the same place. At this festival for all fans blizzard announce new add-ons fo their games, new content, and, of course, gaming competitions in various disciplines. Also at the conference are organized various competitions for the best costume.

Tickets to this event sold out instantly, the number of visitors exceeds 25 thousand people, but you have the opportunity to watch BlizzCon online by buying virtual ticket. Also, you can watch for free at BlizzCon on Twitch, but there will only broadcast the main events.

What ot expect from BlizzCon 2016

BlizzCon 2016 – anniversary, the tenth Conference of Blizzard, and the company celebrates its 25th anniversary, so the event promises to be particularly ambitious this year.

First of all for all Hearthstone lovers awaits announcement of the new additions, which will be discussed below. They will show an animated trailer, also one of the designers describe his concept, the basic idea. Plus, we are likely to see even some interesting cards that reveal new mechanics.

We are also waiting for a question and answer session from the developers and a round table with the works of the game artists.

Besides the new additions all the fans of eSports part of Hearthstone are waiting for the World Cup in this discipline,where sixteen best players from the four main regions will fight for the world title and an impressive total prize fund of one million dollars.

This year, Blizzard gave to each player the opportunity to participate in the World Championships of Hearthstone, choose a warrior and receive a reward for his successes. Everyone can specify one of the sixteen players who will compete in the BlizzCon. For each of his victory in a series of games, you will receive a kit of cards.

Shortly after the release of party in Karazhan players began to wonder what will be the next addition for Hearthstone. Surely it can be argued that the addition will be released this year in the second half of November or early December. It will new addon with new sets of cards, not adventure. Lets start from the fact that each year the developers of the game Hearthstone is called in honor of any substance or phenomenon from the world of World of Warcraft. Right now there is a “year of the Kraken“, in which the Awakening of the ancient gods came out and party in Karazhan. Kraken – a mythical creature that lives in water and preying on people and ships, in World of Warcraft it is presented only as the North Sea Kraken – a huge monstrous sea creature. How kraken associated with ancient gods – not hard to guess, perhaps, they have something akin to, but why there is Karazhan? I think that we should expect nautical theme at least partly.

Likewise, it can be argued that Blizzard alternate funny and grim additions. They have only once made an exception to his schemes, but in the future promised to follow it perfectly.

Many players are waiting for the second year that the developers announced at BlizzCon, not only new addition with the standard 100+ cards or adventure with 40+ cards, but also something innovative, such as a new hero.

More information we will add in future! Stay with us.