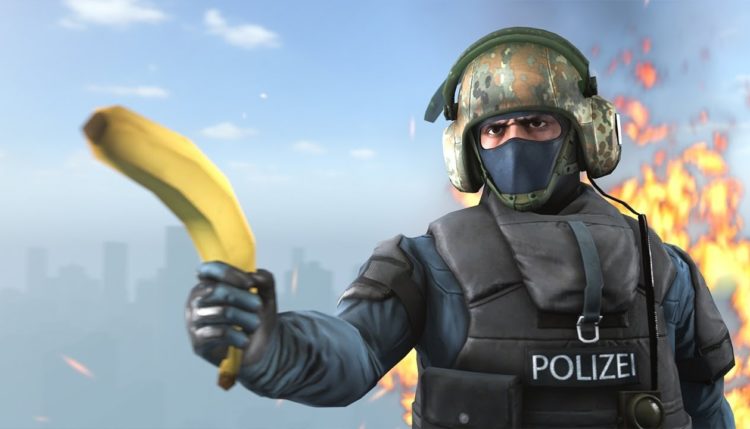 CS:GO – How to boost your skill | Strategy and Tactics

Be aggressive. Peeking player always has an advantage in the CS:GO. You will see a defender earlier, and in such FPS game – it gives you a huge advantage. This is working in all situations, except the case, when you are fighting against the opponents with the AWP. Use the next advice to become as strong as boosters from https://csgo-boosters.com are. Force enemies to react to you, because you don’t want to react to others. Playing aggressively you will dictate the tempo of a match. If someone knows where are you located, you need to reposition quickly and then push the enemy.

Just think about CS:GO tactics as you think about Judo – you need to use the impulse of the enemy against him. Look at the next example, I’m sitting in the ambush and waiting for you. You are coming forward to me, and I, as soon as see how you are going out of the shelter, going forward to you. I will catch you in the open space and have nice chances to instantly kill him. This is an extremely important lesson, so attack aggressively.

But if you prefer to play as a defender, then you need to use the special technique, like an intermittent step. This will give you an aggressive advantage and decrease the chances that you will catch prefired bullets.

Prefire – this is an attempt to attack the enemy even if you do not know that there is an enemy. This is a combination of shooting and moving at the same time. If someone’s hiding is known, he will not be able to react to this action and will be quickly deleted. Do not hesitate to prefire the well-known shelters. 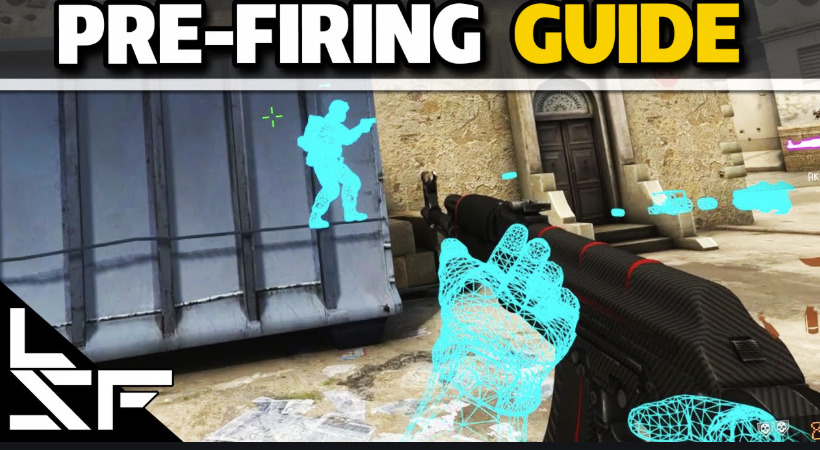 Learn the places of the fights. There are few of them, and they are specific for each map. As soon as you will learn them all and understand how, and when, to throw a flashbang grenade to these points, you will have an additional reason to dictate your own game.

If you are playing the Defend of the Angle game – it is endlessly important to play in the passive angle. What does it mean? Let’s look at the next example. You are on the A point as a Counter-Terrorist on the de_dust2 map. You are watching the catbox, hiding after the supplies. This is not the best hiding spot, I recommend you to change it. Find the place, where your aim will be slightly righter from the catbox. In this case, Terrorist will not see you while peeking, and only by getting up he will see you. At this place, he will not have any hiding spots, so the chances to delete this player are incredibly high. A passive angle is a place from where you do not need to peeking, you need to wait until the enemy will go out from the hiding place toward to you.

Ann one more scenario. A bomb is placed on the A-side on inferno. You and your partner Counter-Terrorist are trying to get control over the plant, which is held by one Terrorist. You can split up, one will attack from the Truck side, while other from the Arc side, surrounding the bomb. Or you could combine your strengths and attacks from the one side. 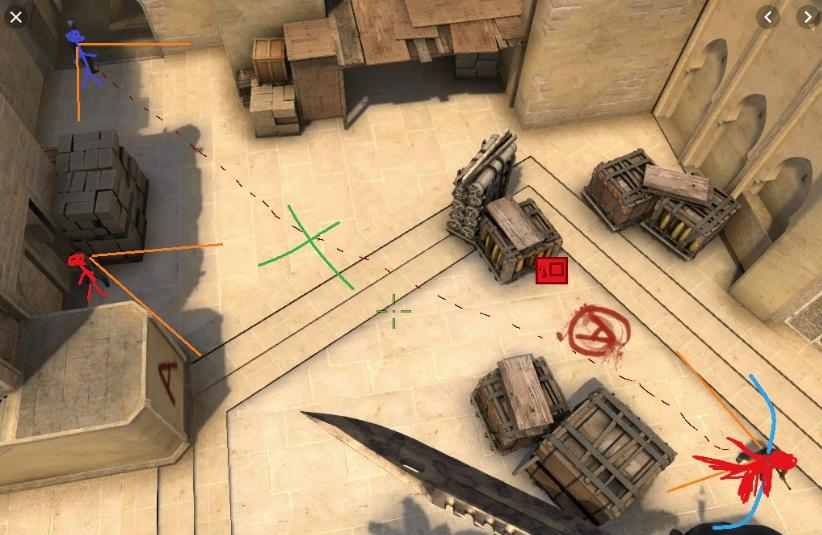 Most of you will choose the first option – to split up, and most of you will be wrong. Surrounding is not the best option in Counter-Strike: Global Offensive. In this case, you will give him two scenarios of 1×1 fights, and each this fight will have a decent chance of winning. But if you chose the second option, you will force him to play 2×1 scenario. which has increased winning chances. In the worst-case scenario,  one of you will be killed, but the second will have a huge advantage. This is a good trade, especially if it will lead to victory.

If you are Terrorist in this case, then you need to put pressure on the enemy, play aggressively and delete one of them, before they unite their forces.

This is an extremely important addition because I frequently see how even great players are repeating this mistake. Even I, from time to time, repeat it. Many players start to panic and throw a flashbang, forgetting that in Counter-Strike: Global Offensive you will never know if it works, as you expected. But by throwing a flashbang you will reveal your position, while the most important things in 1 vs 1 struggles are aggression and attacks from the ambush.