Shamans after Party in Karazhan

Midrange Shaman – is not a new archetype in the Hearthstone,  a huge number of both bad and good guides was written about him, but the Party in Karazhan gave Thrall a very powerful tool for the early game, thanks to which the style of the game and the deck have undergone significant changes.

The deck has a great number of tools to capture a table in early game as long as Spirit Claws help us to kill enemy creatures. This allows you to enter mid game in a very advantageous position for you. Once you have established yourself on the table, try to play around AoE, slowly reducing health of enemy hero as long as you accumulated enough damage to destroy your opponent.

Midrange Shaman perfectly shows itself in the early game, by the fourth turn table will be yours, thanks to the Spirit Claws and Totem Golem.

Even if you lose the table, you have a great potential to return to the game by a lightning storm, or Maelstorm Portal with the addition of the damage from spell power, and with Thing from below that cost a less mana.

Midrange Shaman Deck based on creatures, but to put them in sufficient quantities and cause them a lot of damage each turn is difficult, because you can lose the table because of the AoE.

Sometimes luck at mulligan will be not on your side, so on second and third turns you have to use only the power of the hero, which, however, does not equate to the loss of the game.

This deck , of course, shows itself from a good side in the current Meta, but will be very difficult opponents Tokens and Malygos Druids and Freeze Mage. Control Warrior – another difficult opponent, shaman will have a chance for victory only in the case of an ideal approach charts and combination of the “Al’akir + Rockbiter ” or “Al’akir + Totem Flametongue.” Against the rest of the archetypes, as long as you are playing around AOE , the chances of winning are high.

Proper card placement on the table – the key to victory.  Creatures that difficult to kill or beings wich you do not want to kill (Totem golem, Mana Tide Totem) should be placed as far left as you can becouse heroes totems always appear on the right edge of table. Thus, you can put the Totem Flametongue between two weak creatures, and when they attack and die, that will give 2 points of damage to the cards that located to the left. 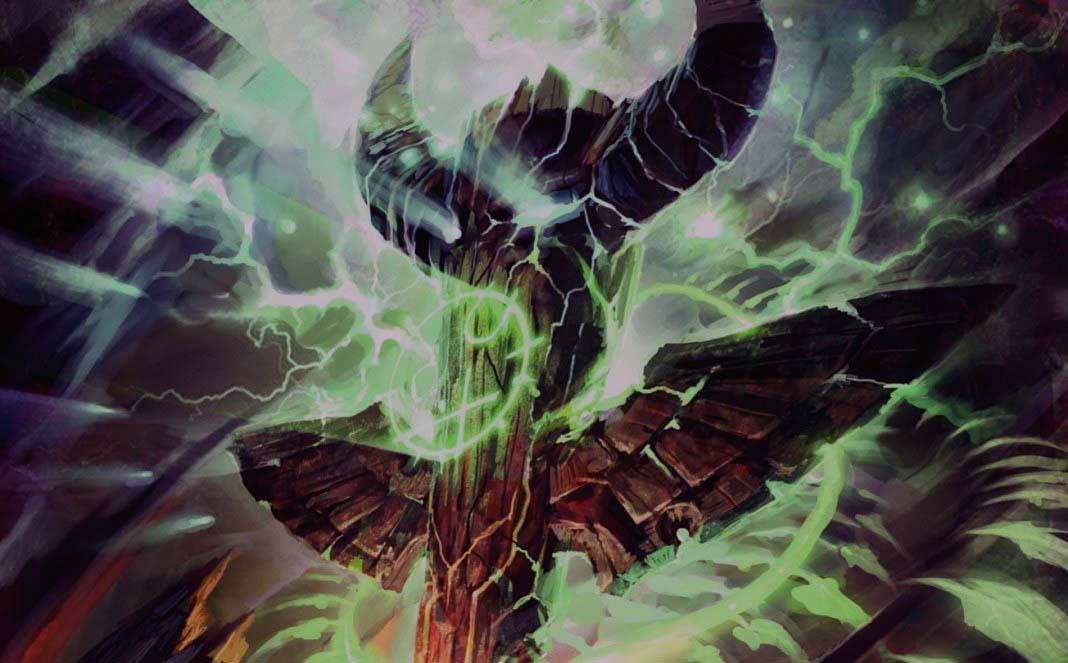 Midrange Shaman Deck looks like a very simple deck to master and play becouse you should just put cards on the mana curve. But this impression is deceptive, it requires mental effort and experience, for example, in order to be able to beat the AoE effects correctly or to know when to take the initiative with the help of available tools.