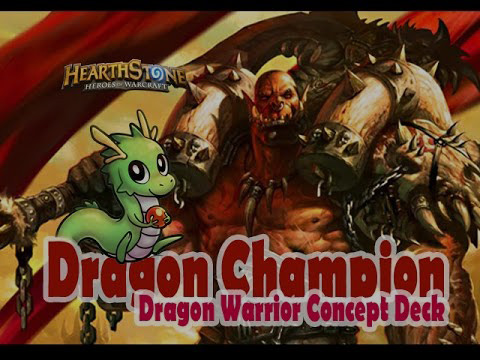 Dragon Warrior is a very aggressive deck. Due to the good bending mana curve, you can quickly enhance your power on the table.
The outcome of the fight is very dependent on your tempo of the game, so if you do not have the possibility of attacking, then force the opponent to go for the attack. One of the main objectives – reducing the enemy’s health to 15 units or below to play Drakonid-Crusher. Due to the low health of enemy hero Darkonid will receive a huge increase in performance.

Killing an enemy creature with cards Blood to Ichor + Slam, you must decide what is more important, draw a card or dial even more tempo, getting 2/2 the mucus on the table. If you need a new card, use spells in sequence – Slam + Blood to Ichor ; if a tempo – Blood to Ichor+ Slam.

Lowering his opponent’s health to 15 or below on the table out our main trump Drakonid Crusher. The enemy will cope with it will be very difficult. 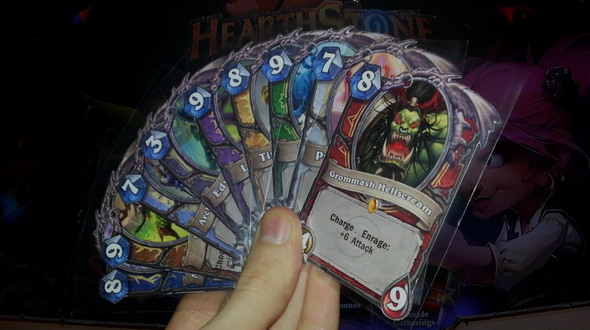 – a great choice, it can activate the execution, put 1 damage and cause mucus 2/2, if you have not finished off an enemy creature.

-One of the best Warrior cards, quickly and cheaply destroys Luba threat.

– heroes strength in this deck almost useless. With Sir Finley Mrrgglton you must change it. It is recommended to choose a Hunter or Warlock. Not the worst choice would be Magician or Priest.

– A good way to cool down the enemy in the early game.

– Excellent early card is used to activate the protector of Alexstrasza or simply as being not the most pleasant for your opponent.

– Used to activate penalty. A great way to get a card or to kill an enemy creature

– The opponent will not be able to ignore this card, and in combination with violent ghoul would be very unpleasant for a bunch of enemies.

– One of the best things with a wrench. With it, you do a good exchange or inflict damage on the enemy hero.

– The best dragon in the game, allowing you to take one card and strengthens your spells.

– a very powerful being if you are at the time it left the drawing enemy health of 15 units or less. Dragon with the characteristics of 9/9 is very strong and it is difficult for the enemy being killed.

We also have other content about Hearthstone which may interest you: