Death Knights. The most horrific warriors of the Lich-King now finally available in Hearthstone. And they came here only for one reason – to kill all of us. In the new HS addon – Knights of the Frozen Throne, the next question will be answered: What will be if the heroes of the Azeroth will unite against the Light. How they will use this unbelievable and great powers, if the Lich-King confuses their minds. And who is The Lich-King?

Old players definitively know who is the Lich-King but the most of the new players, just can not understand his tragical and unfair destiny. This is a history of a young hero, that was always ready to use any methods to save his peoples. In the end, this leads him to a failure – he took the cursed runic blade that consumes souls – Frostmourne. Now Arthas share his body with another soul, that lies deep within. Now Lich-King is sitting on his frozen throne at the highest point of the Icecrown Citadel, from where he rules his giant army of the undead, that is also known as a Scourge to the rest of the world.

Before death knights were the most loyal and greatest of the Azeroth’s heroes, but now Lich-King returned them to life, make from them the most dreadful warriors this world ever saw. In Addition Knights of the Lich-King, all nine heroes of the hearthstone will be represented to us as a Death Knights.

Hero cards – is a new type of cards, that is different from a spells, creatures, and weapons. When these cards appear at the battlefield, they take place of your hero. Besides this, your hero obtains a new power, and his armor is greatly increasing. Every death knight is unique and can completely change the gaming process of the Hearthstone. 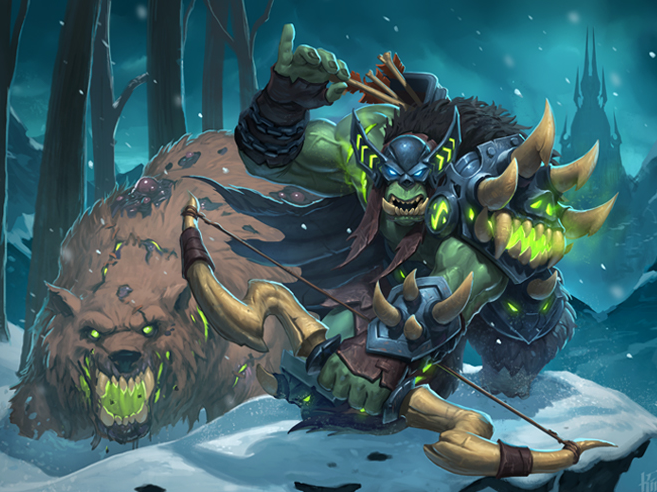 When Lich-King revive him Rexxar became his loyal servant. Rexxar rises from the dead, and now he will be able to create an abomination from the parts of his previous friends. A dreadful creature will be available after Rexxar’s death.

Death-Knights are furious warriors, but they are only a small part of the dreadful army of the Lich-King. Legions of the Scourge includes the most various kinds of undead – from weak zombies to giant abominations.

Some spells and creatures of the Lich King have a horrific feature, that allows them to draw a life essence from the enemies. This feature is “Life Drain”. This looks like a feature of some previous cards, but now it has a separate category. Life Drain card now heals your hero at the amount of the damage they deal. Pretty useful ability when you feel the cold grip of death on your neck.

All death knights start from the Icecrown Citadel. Here you will meet eight new quests, prologue, and epic fights against the strongest habitats of the Icecrown. In the end you will fight again the Lich-King himself. 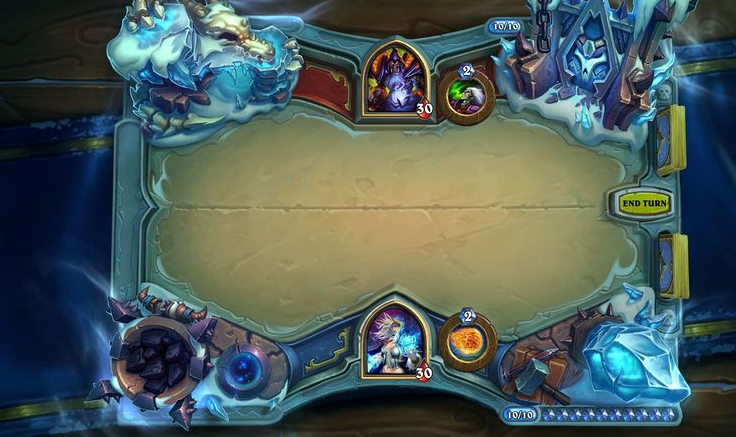 But beware! New fights are much harder than anything you faced before. You will meet strong, dangerous opponents, and the victory will be obtained by only the strongest of Azeroth heroes. But the final boss – The Lich-King is an incredibly hard encounter, where each of the nine classes will face their weaknesses.

League of Legends | Elo rising in SoloQ | Morale is important