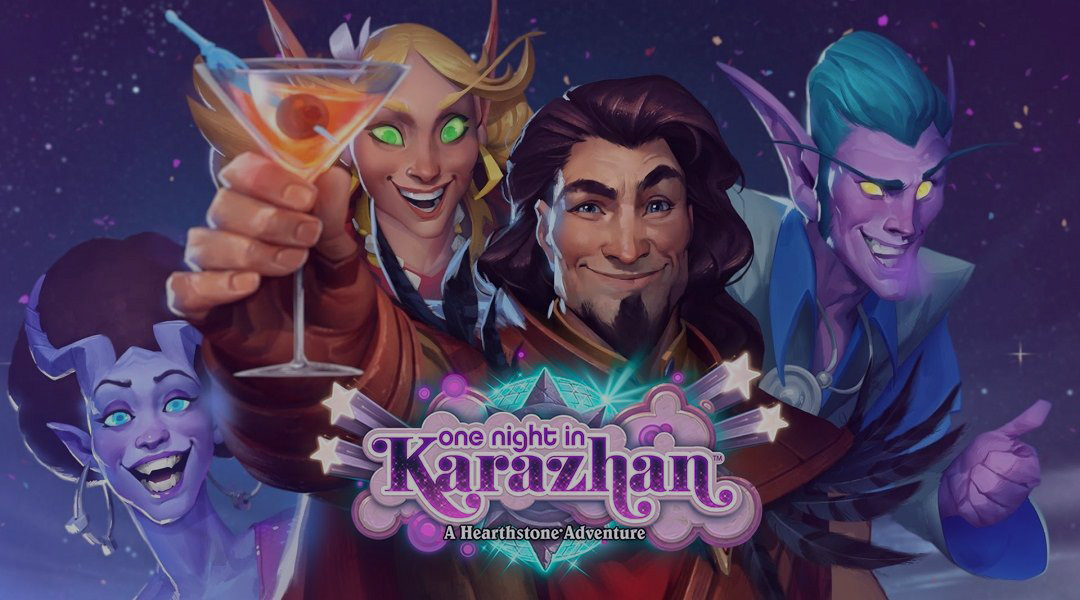 Hearthstone: A night in Karazhan

The big party has arrived. The first wing for A night in Karazhan is out. The adventure starts with a prologue this time, where you play as Medivh, who has to face an unexpected guest to his party, Prince Malchezaar. After the Prince of Eredar is defeated and sent home he is taking Medivh with him and now you, with the help of Moroes, Medivh’s valet, have to save both the party and the Mage.  The prologue is free to play for everyone, so that the players who are not spending a lot of time and money into Hearthstone can get a view on the fun and interactive experience that they can get if they purchase the adventure.

Bosses of the first wing 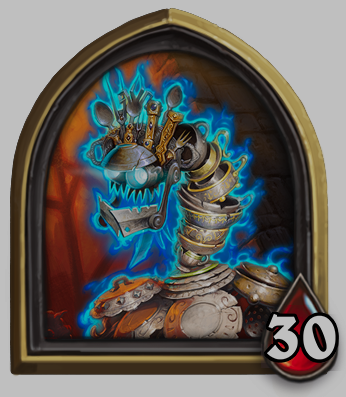 The first of the three bosses on this wing is the Silverware Golem, a monster which you are going to face if you don’t do the dishes for 3 days. His whole deck is built around buffing the 1/1 plates that he is spawning each turn. In Heroic mode he summons two plates each turn, instead of one and the minions that are buffing the plates have increased stats. Beating this boss is easy, the main strategy being to clear his board every turn, either with your minions and then overwhelm him, or with some board clearing spells. After cleaning the dishes we can move to the next boss. 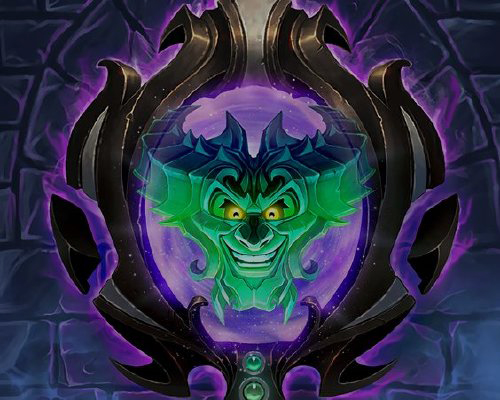 The Magic Mirror is the second boss on the wing. He has a passive hero power that summons a 1/1 copy of each minion you or the mirror plays, but in heroic the 1/1 copy of the minion that you play is going onto his side of the board. He is playing a spell centered deck, the Flamewaker and Sorcerer’s apprentice being the MVPs. He also has a lot of card draw in the deck, so a mill deck might be an interesting way to beat the boss. Also, minions that can hurt his board are very useful, naming Explosive Sheep and Tentacle of N’Zoth to clear the board constantly. 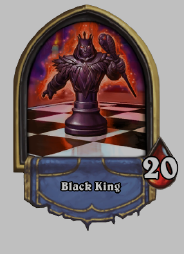 The third and final boss of the first wing is an unusual Chess game. The minions will hit at the end of the turn by themselves, but they will hit the target that’s in front of them, so this is going to be a very good lesson on how important positioning on the board is. The Black King’s hero power is to destroy the left-most enemy minions, while yours is to discover a minion. In Heroic your hero power allows you to move the minions on the board, so that you can change the targets. The unfair part is that your deck has only 15 cards, so you have to make the best plays in order to win the game in time. The strategy is to develop your only big minion in the deck on turn 7 and try to keep it alive.

Blizzard showed us the endless possibilities in Hearthstone yet again, the Chess game being one of their most original features done ever. Maybe this Chess game will make a good Tavern Brawl experience.

The first wing was really enjoyable and relaxing, the adventure theme moving on from all the scary monsters and terrifying dragons from Naxxramas and Blackrock Mountain to something more casual and fun, like League of Explorers and the brand new Karazhan party. The second wing is coming on august 18 and hopefully it will be at least as good as the first one.