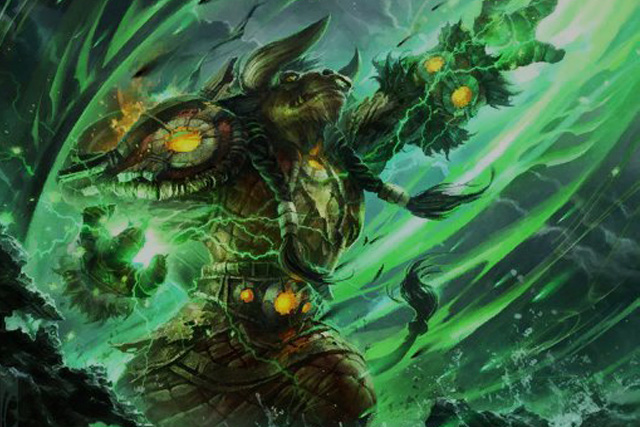 Top deck of the Wild mode

Many people really underestimate this mode. It plays quite a few players as it may seem at first glance, there you can easily farm wins for gold heroes, and there you can take a legend and to achieve top 1 – it all depends entirely on you, your desires and goals.

Deck “Ramp Druid” from Wild mode of Hearthstone – a classic deck of the druid, which is based on acceleration of mana, that means: play the expensive cards earlier in time than it the enemy expects.

With the new Hearthstone add-ons “Party in Karazhan” the deck was added with new portal that allows you to not only resist the numerous aggro decks, but also to summon useful creatures for 6-mana. For example Heavenly golem.

The key to victory for this deck – foothold in the existing field and completely suppress the pace of the enemy.

Deck “Midrange Hunter” – deck that no one play until the “Awekening of the Old Gods“. It did not have any strong cardt, that could withstand the Secret Paladin, which terrified the ladder. But now we have a Call of Forest.

It is worth noting an important change (!). The deck has a Princess Huhuran which practically does not play in standard mode, but it fits perfectly into the wild mode.

The key to victory for this deck: play by your mana, try to put creatures and the most profitable exchanged them, then the victory is provided to you.

Deck “Tempo Mage” – is also quite familiar to us, but in contrast to his “standard” fellow, this deck faster and more aggressive, because It has cards that are lost in the Standard.

The key to victory for this deck – put pressure on your opponent, try to play your Flamewakers as efficiently as you can, because in the right hands they can cause a lot of damage. Of course, play by your mana, because you are Tempo Mage.